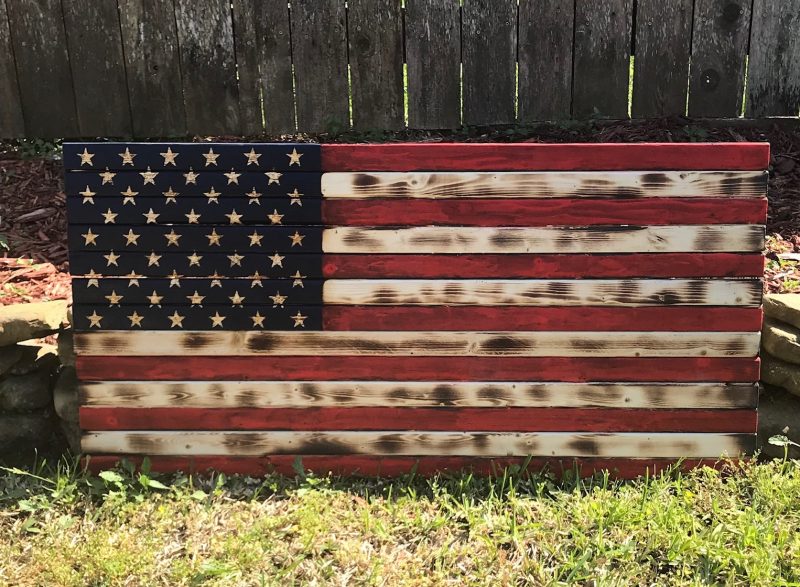 Each flag we create is one of a kind due to the process of “charring and starring” to create a worn, antiqued look. This flag is perfect for indoor or outdoor display.

Please allow two weeks fulfillment period when ordering. Flags are only shipped within the United States and are sent via FedEx Ground/Home Delivery (tracking number provided). Custom orders accepted – contact us to inquire.

The national flag of the USA, often referred to as the American flag, consists of thirteen horizontal stripes of red alternating with white, with a blue rectangle in the canton called the union, bearing 50 white stars. Each star represents a state while the 13 stripes represent the thirteen colonies that declared independence from Great Britain and became the first states in the Union. Nicknames for the flag include the “Stars and Stripes”, “Old Glory”, and “The Star-Spangled Banner”.

There are no reviews yet.

Only logged in customers who have purchased this product may leave a review.

What are you looking for?